This is Europe, This is Now : Lesvos to Berlin
Part 2 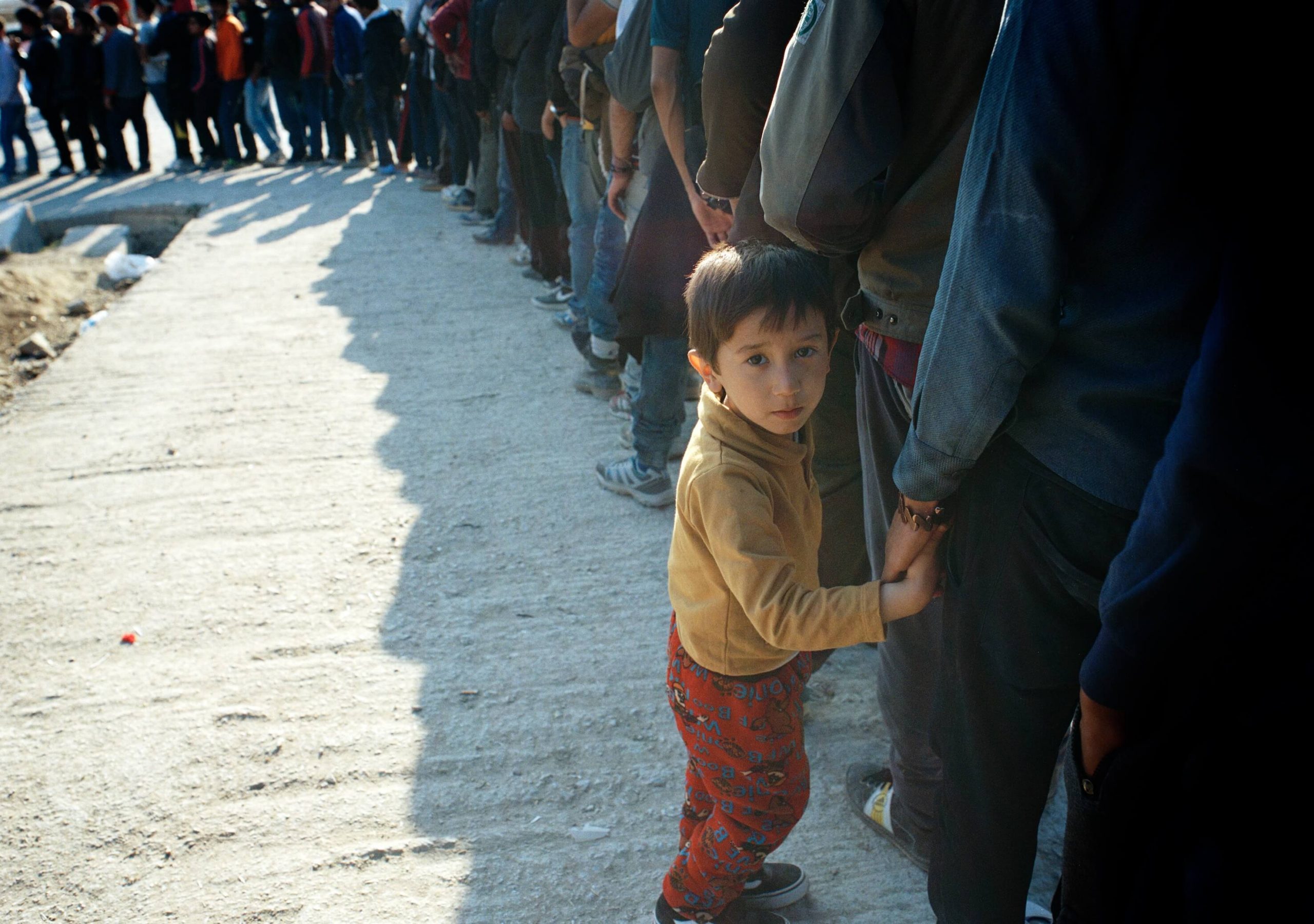 Binyameen, who is 6 years old and from Afghanistan, waits in line for food with his cousin at Moria transit camp. – Lesvos, Greece. 8th November 2015 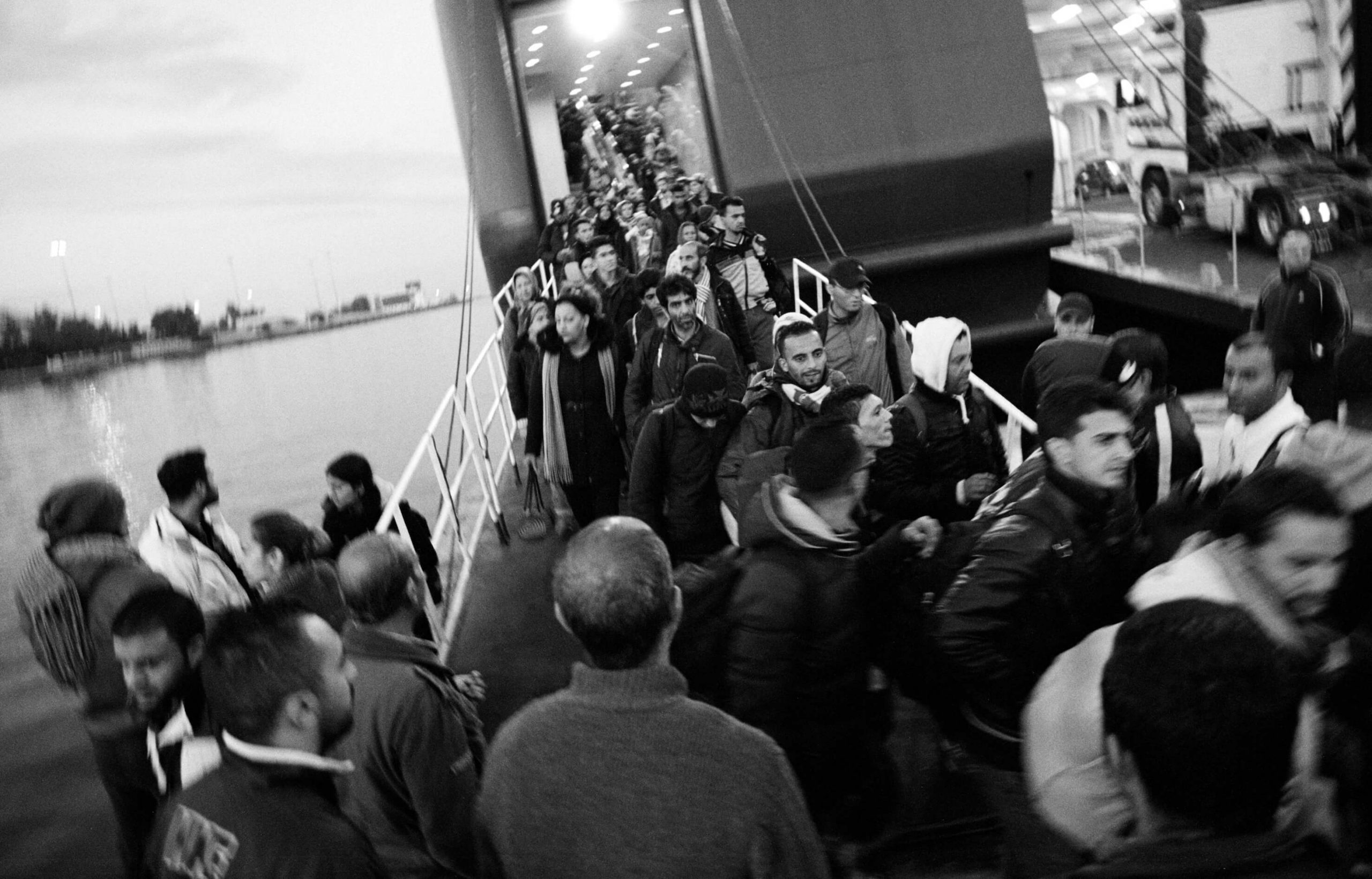 At dawn the ferry from Mytilene arrives in Athens. For the refugees and migrants arriving in Lesvos, this is their only route to mainland Europe. – Athens, Greece. 24th November 2015 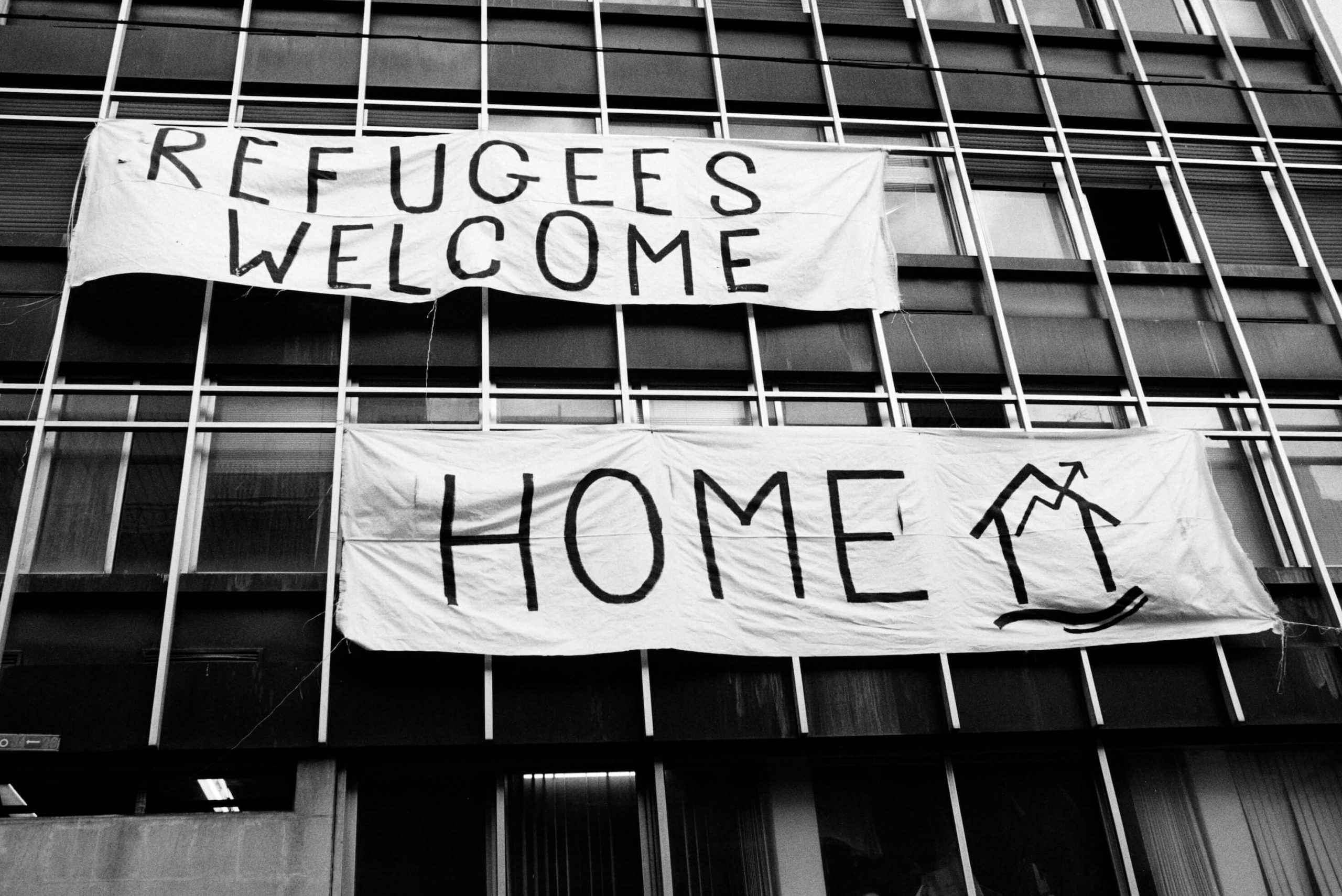 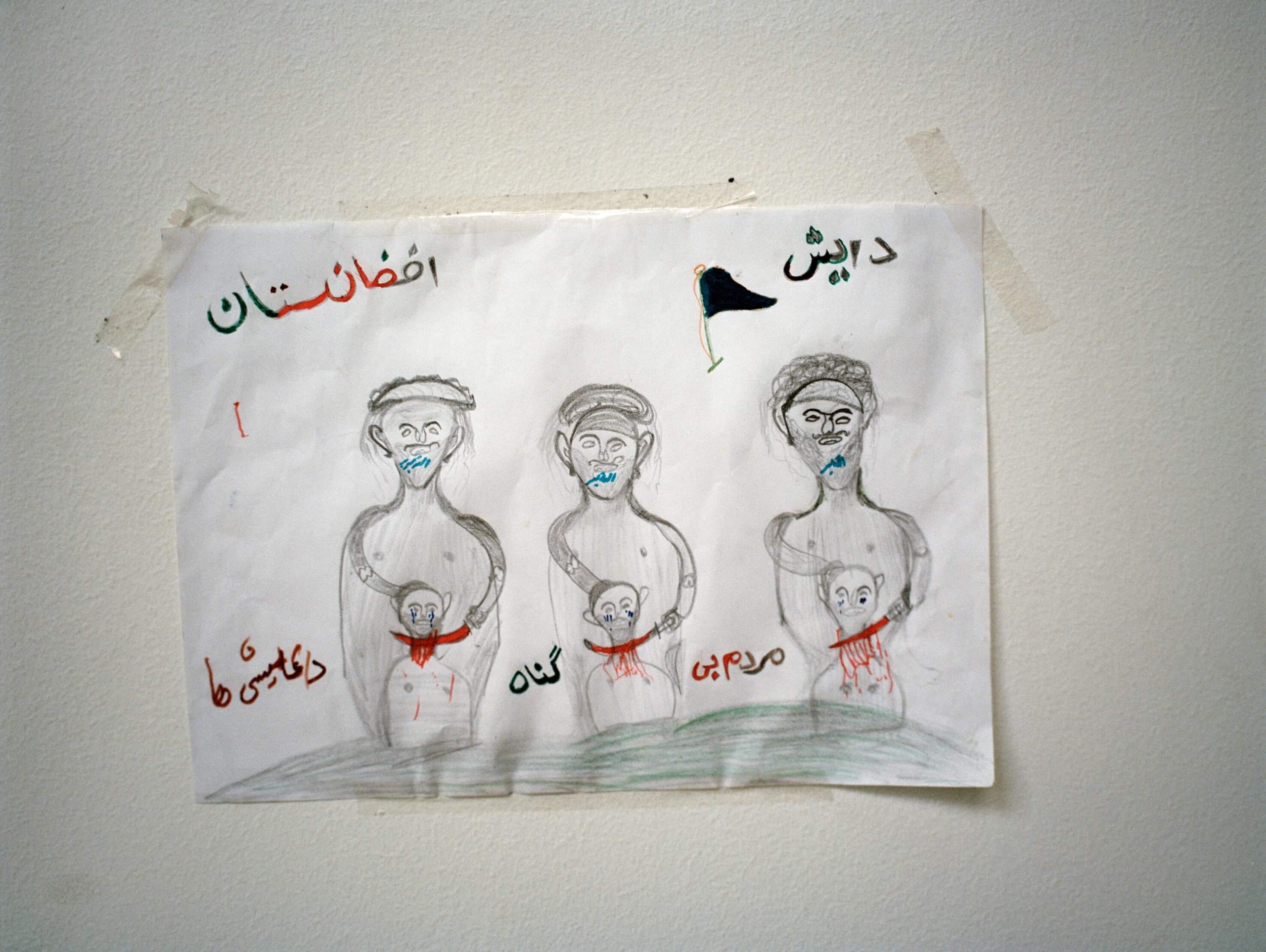 At a squat hosting refugees in Athens, a child’s drawing recalls the horrors they fled in Afghanistan – Athens, Greece. 25th November 2015 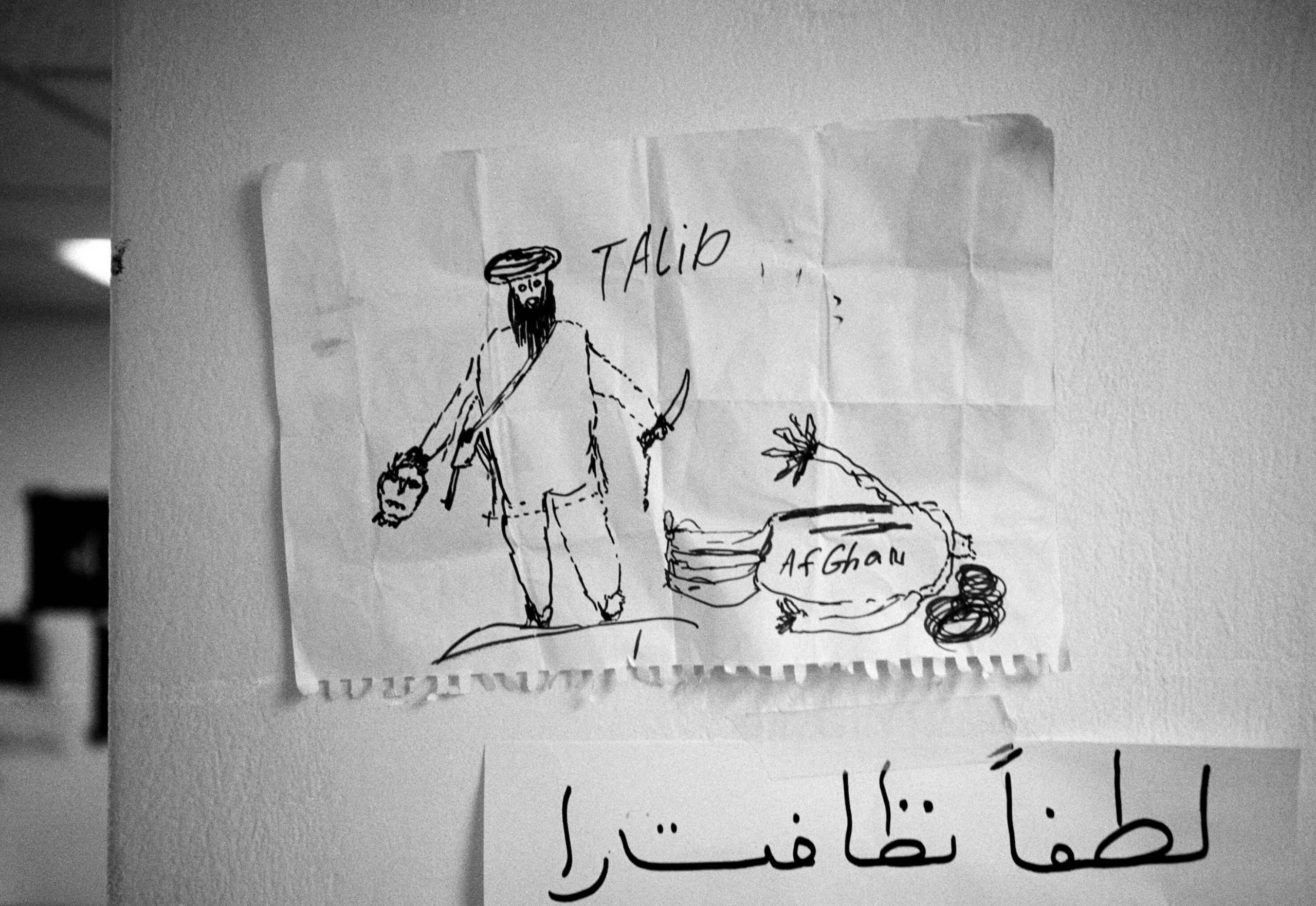 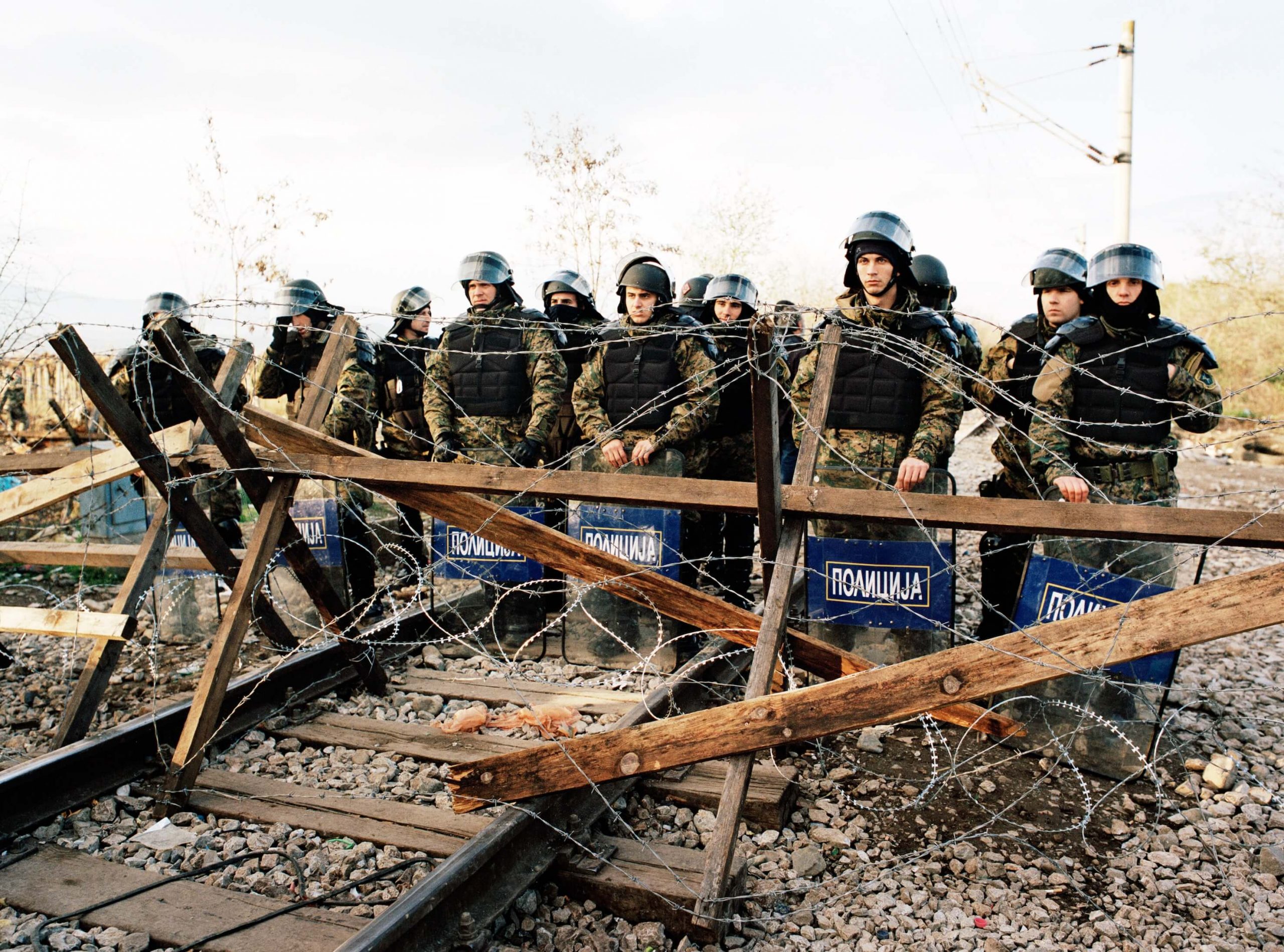 2015 saw the return of border restrictions across Europe. Unable or unwilling to deal with the influx of refugees, asylum seekers and migrants, by the end of the year hastily built fences stretched across the Balkans. In November, following a decision by Macedonian authorities to shut the border; only Syrians, Iraqis and Afghans could pass. – Idomeni, Greece. 28th November 2015 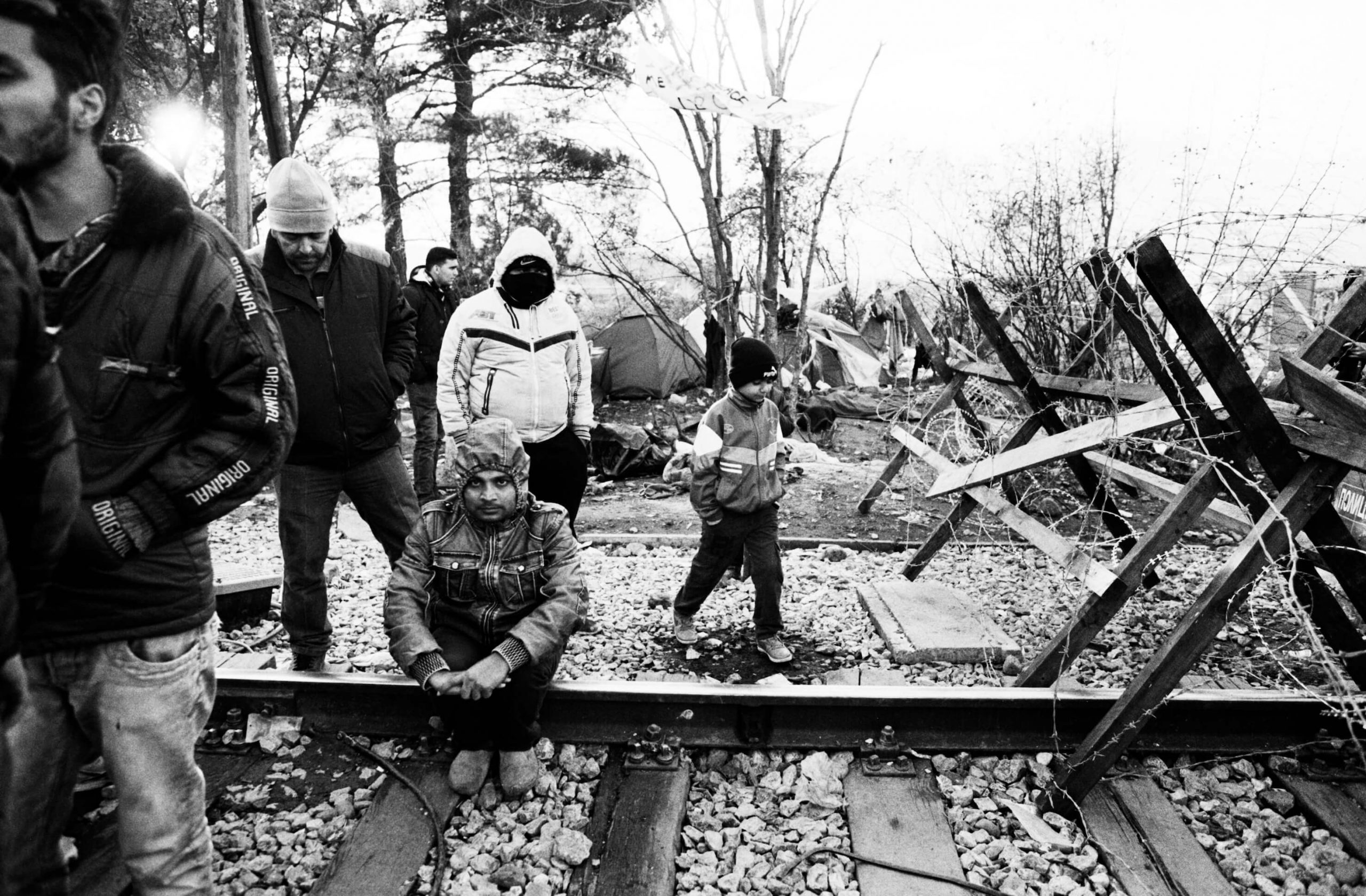 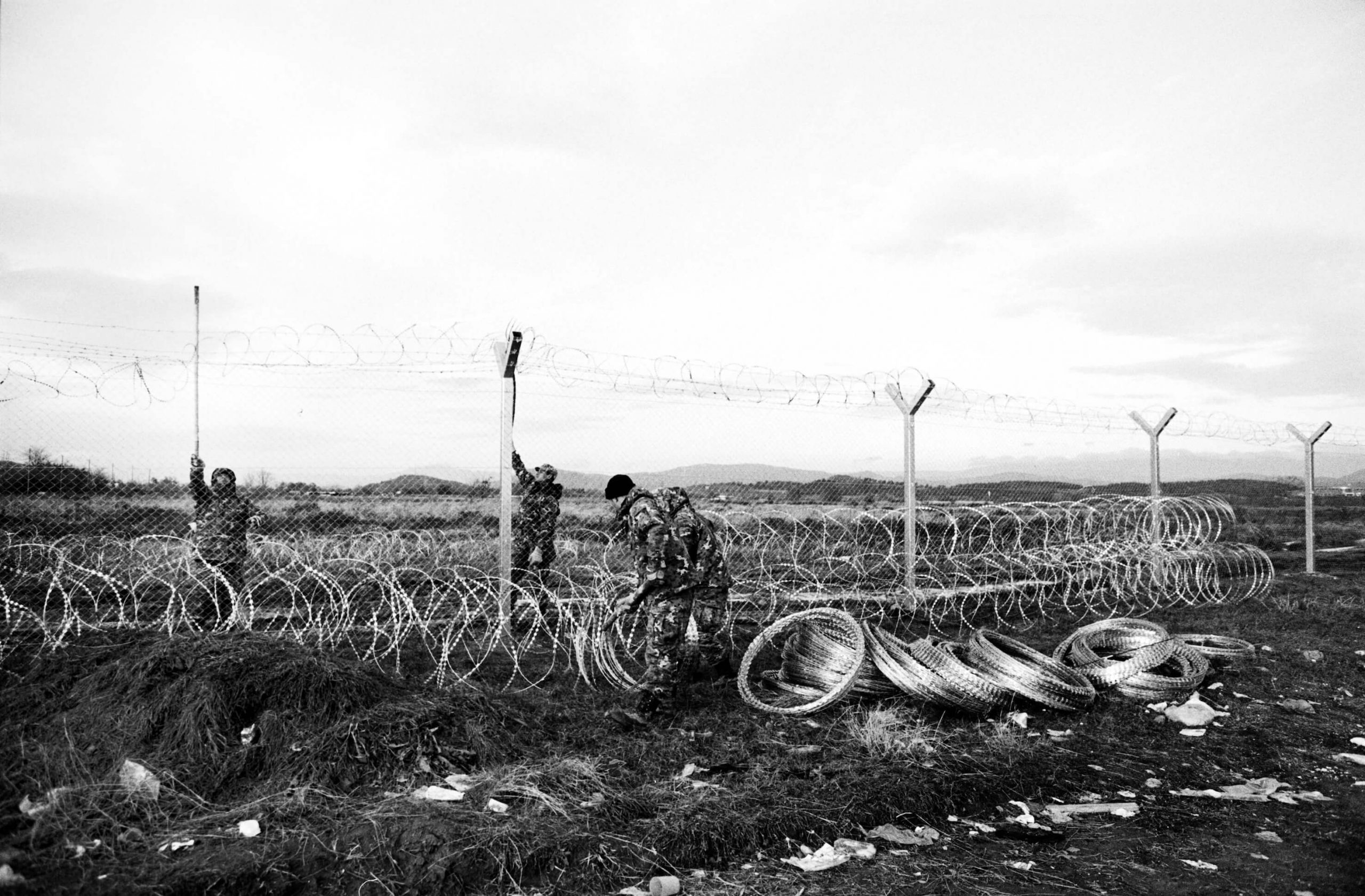 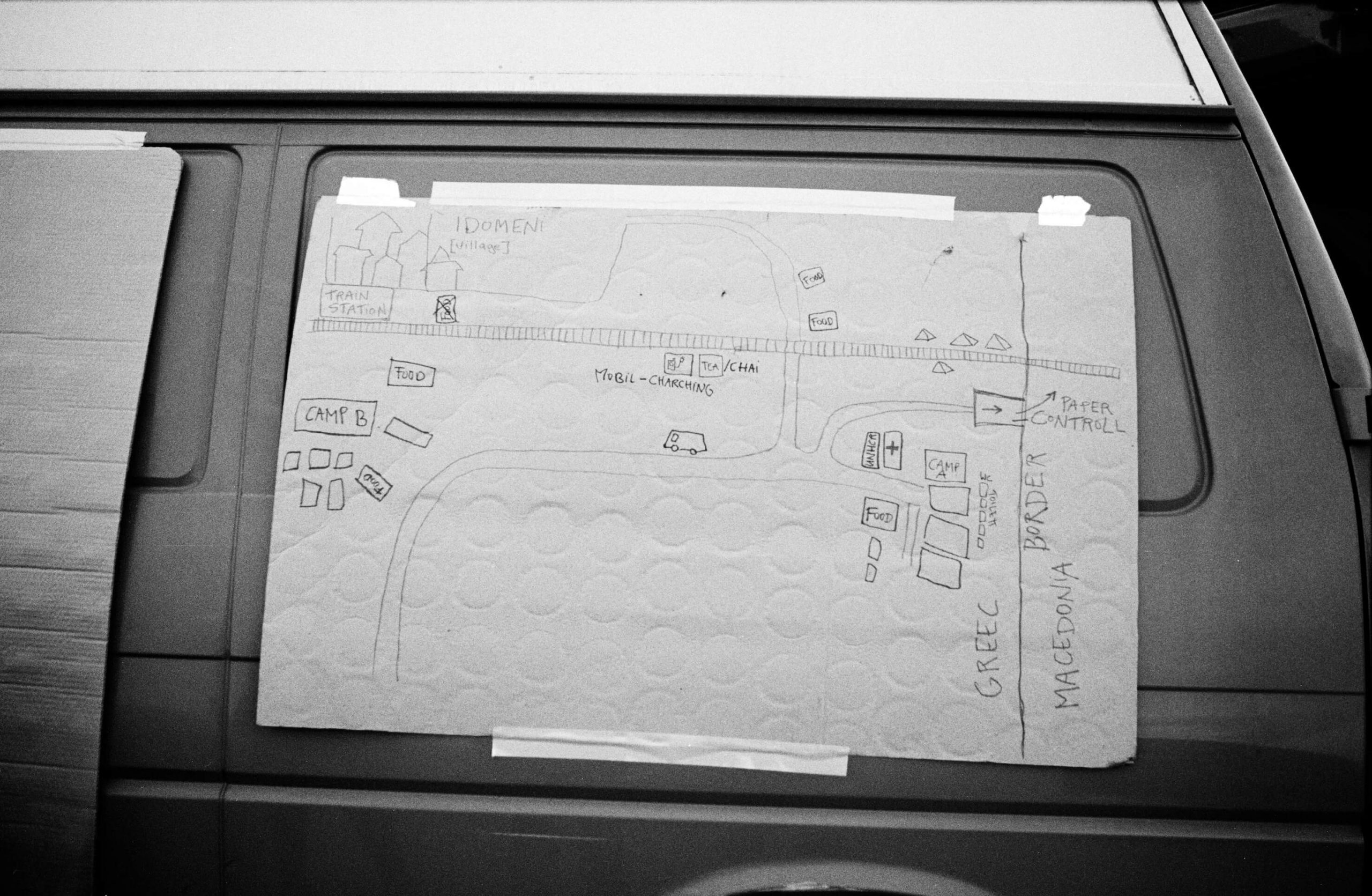 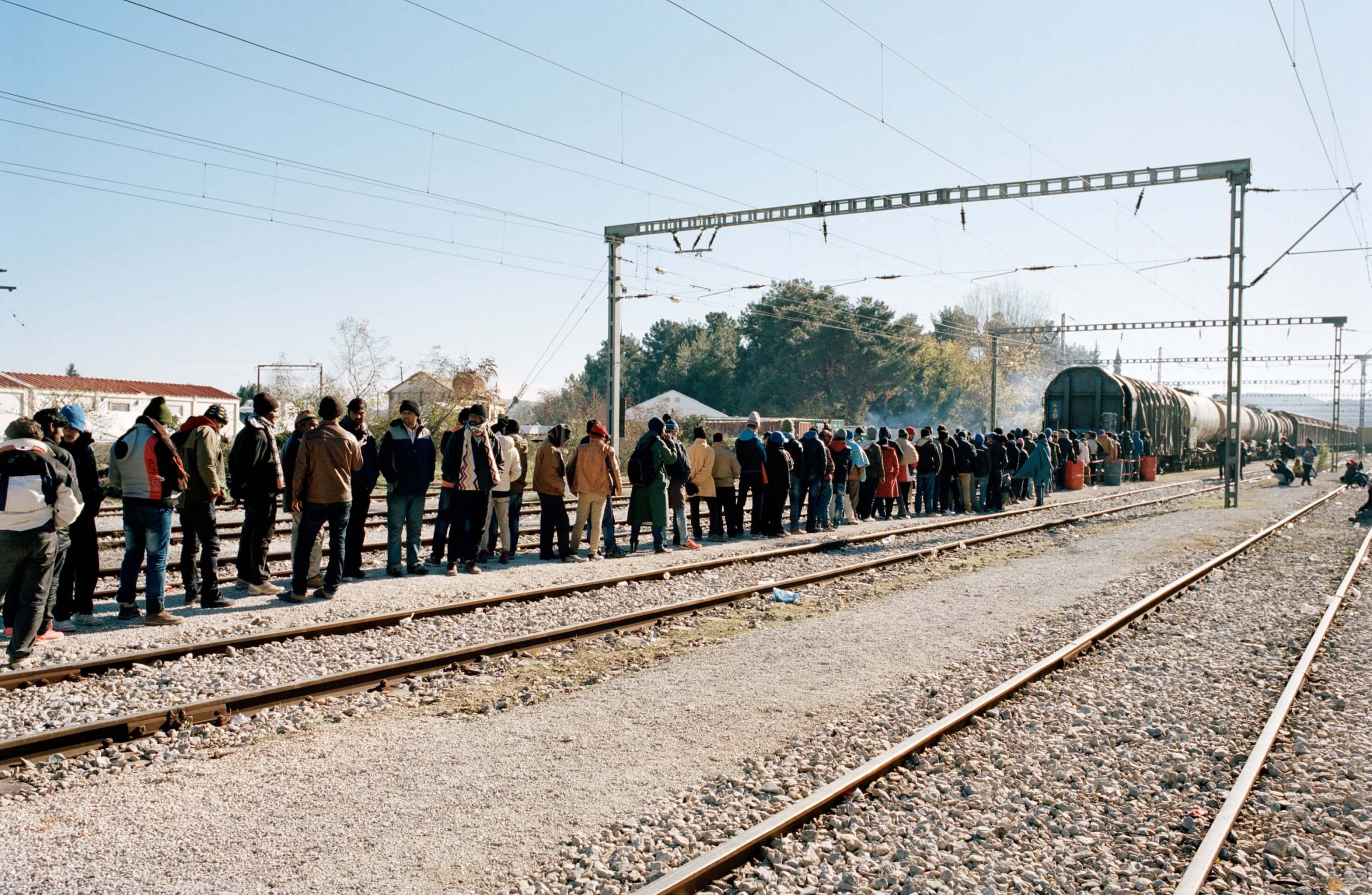 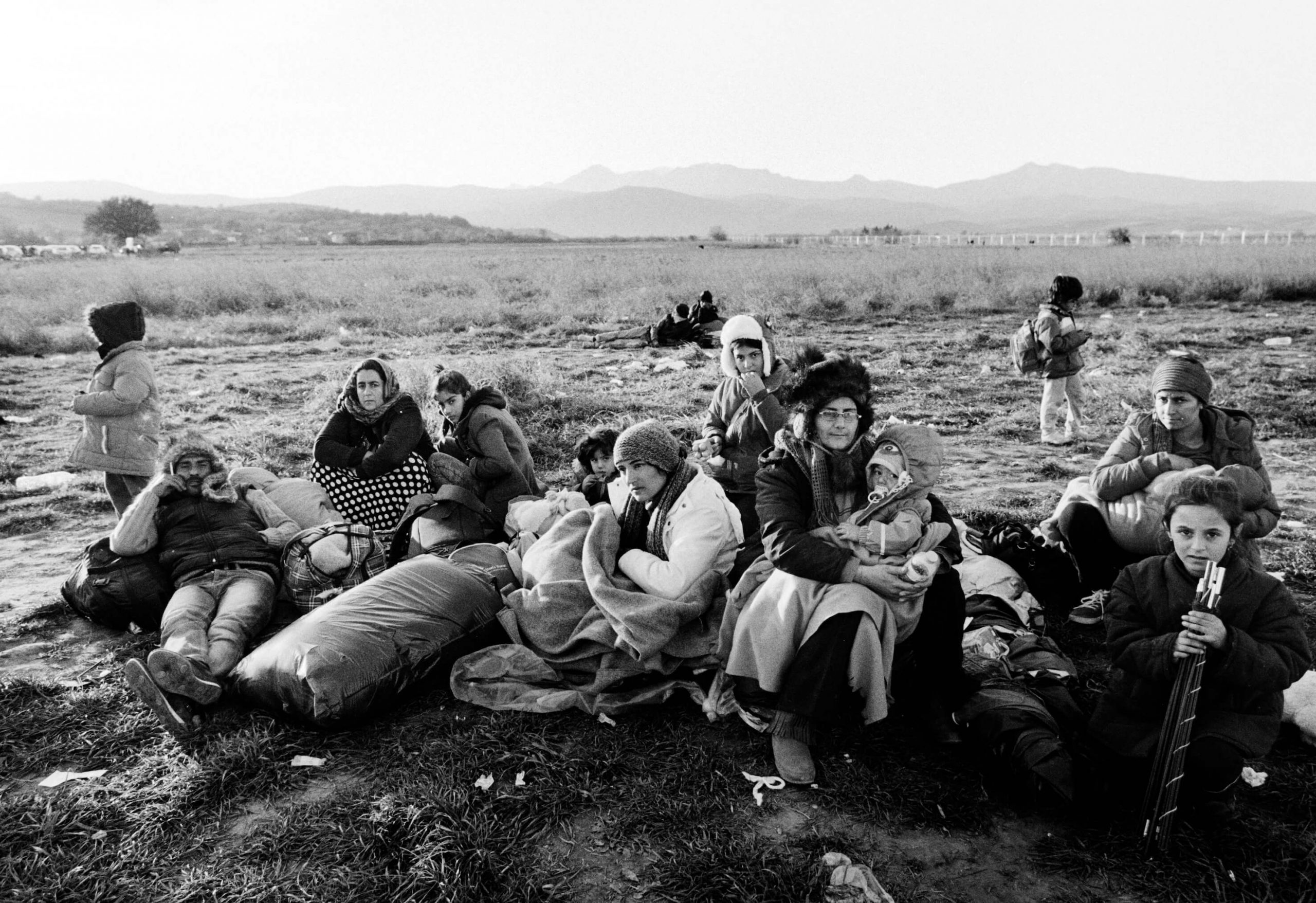 As the sun starts to set a Kurdish family from Syria prepares for a night with no shelter on the Greek/FYROM border. – Idomeni, Greece. 3rd December 2015. 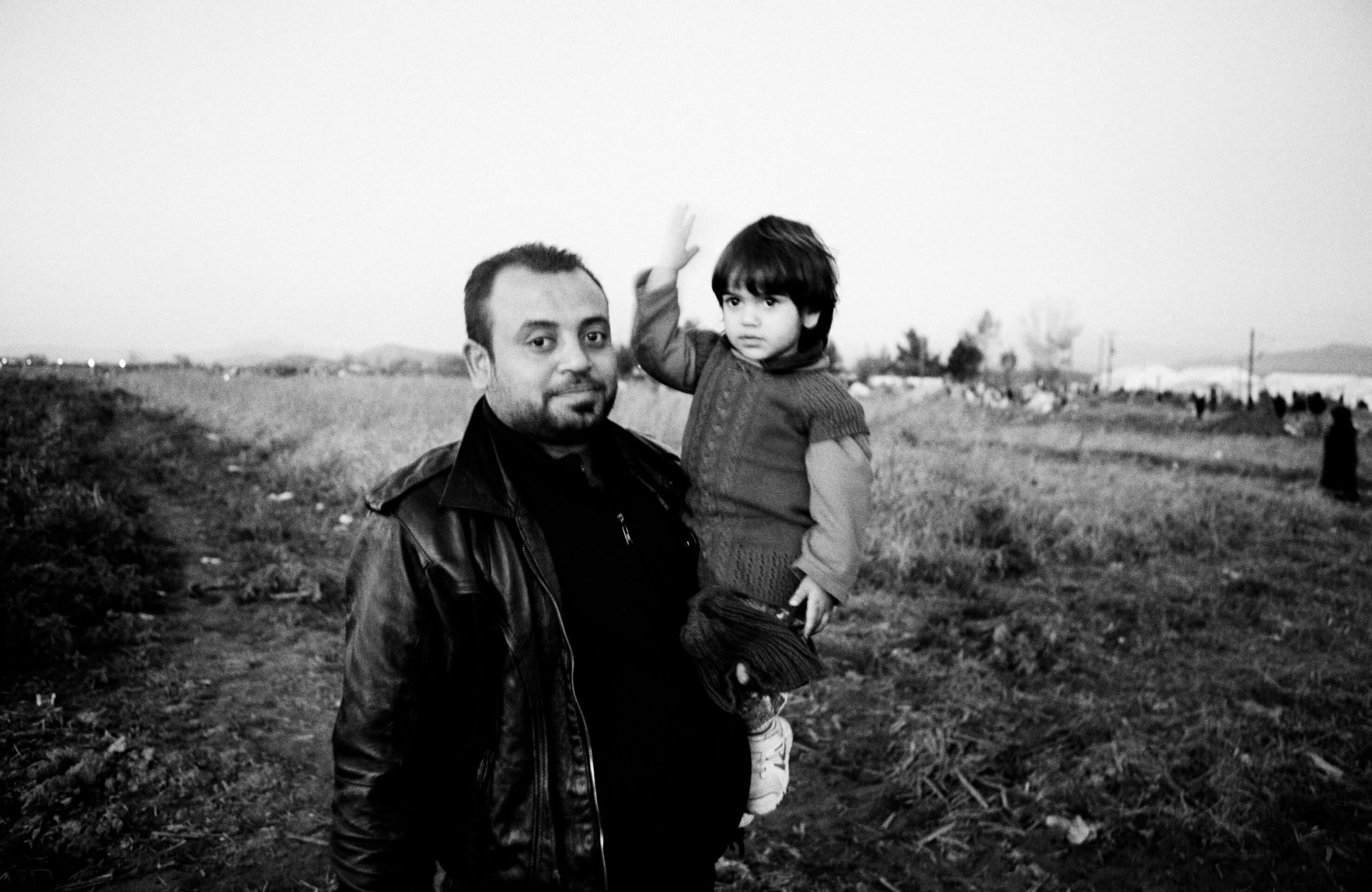 Fatima with her father, Mushtaq, who’d worked with the US military in Iraq. They were stuck in Idomeni after FYR Macedonia restricted border crossings. – Idomeni, Greece. 3rd December 2015. 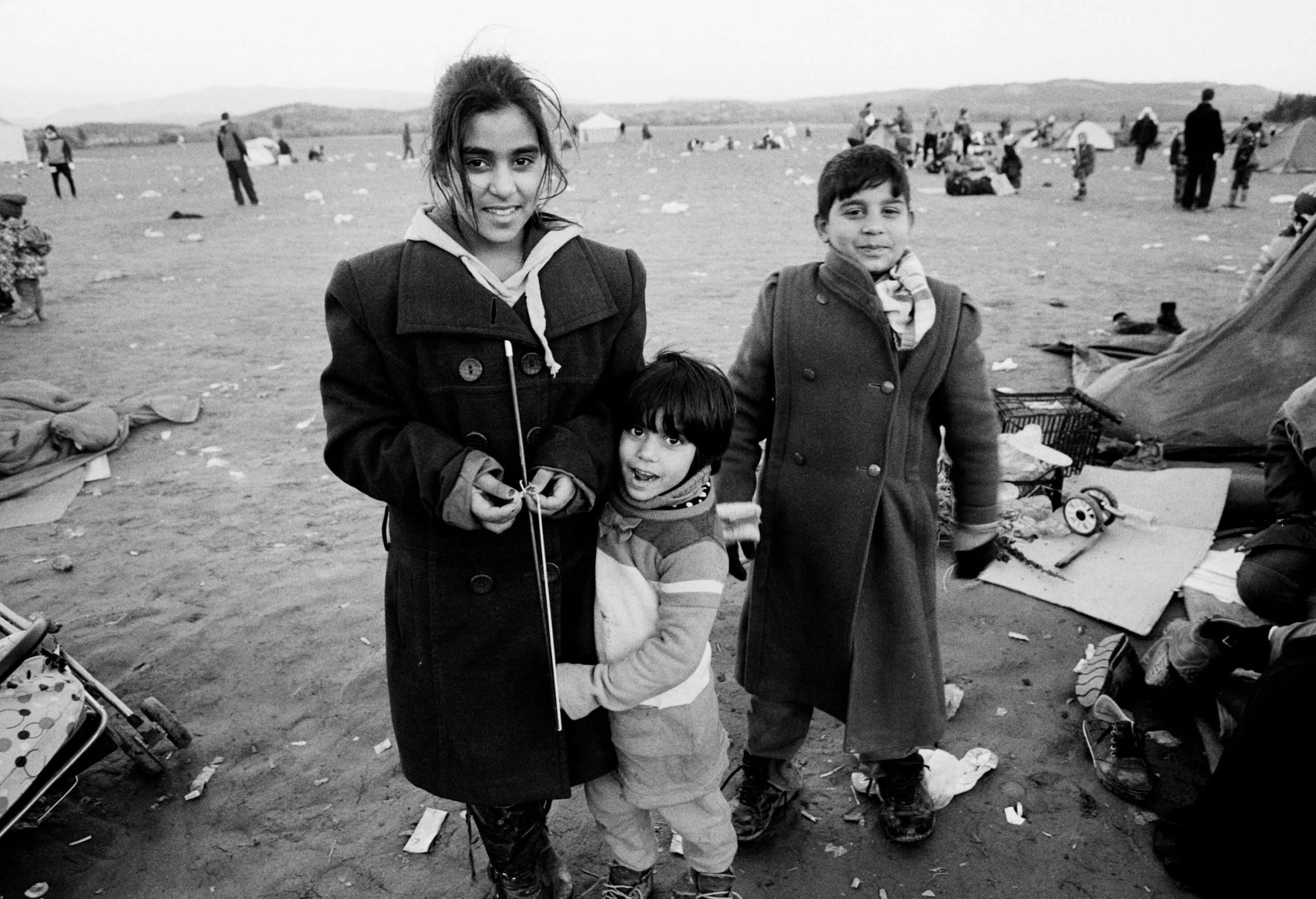 Caught at the border, Sara, Mohammad and Asea from Homs, Syria try to keep warm in donated clothes as they prepare for another night without shelter – Idomeni, Greece. 3rd December 2015 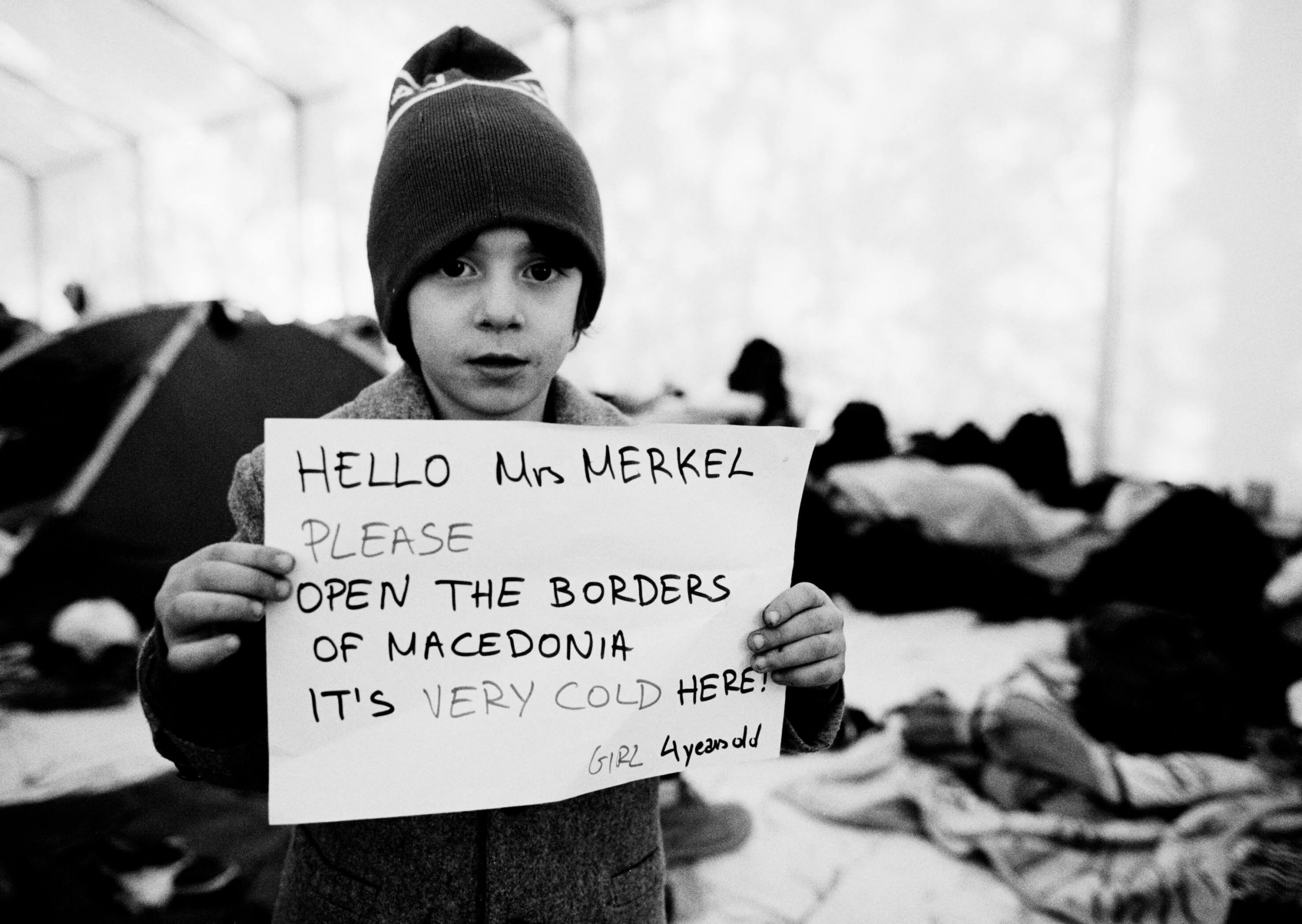 After FYR Macedonian authorities restrict border crossings to all except Syrians, Afghans and Iraqis, many nationalities found themselves stuck in limbo. In protest, some Iranians had sewn their mouths shut. Arad, a young Iranian prepares to join the protest. – Idomeni, Greece. 30th November 2015. 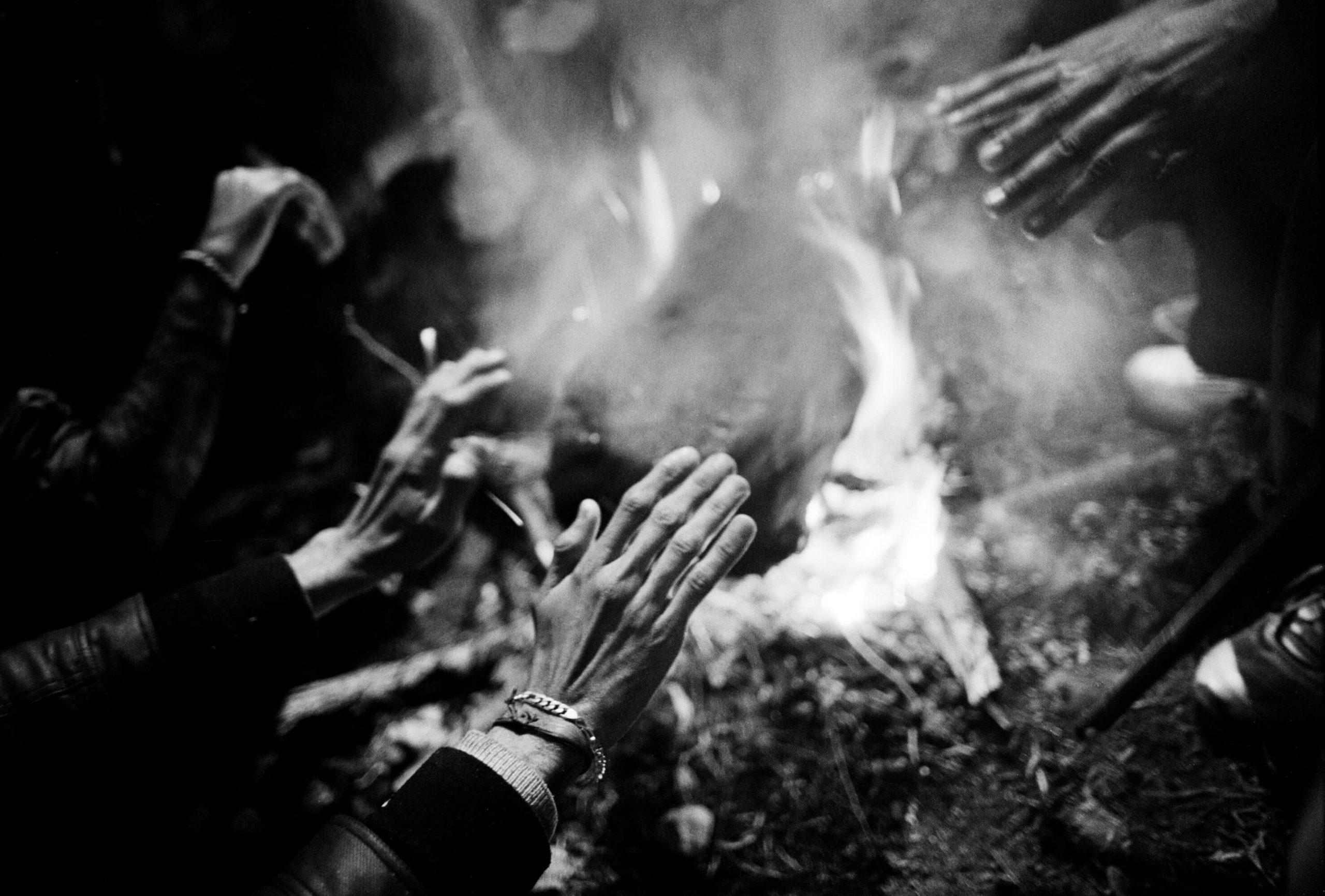 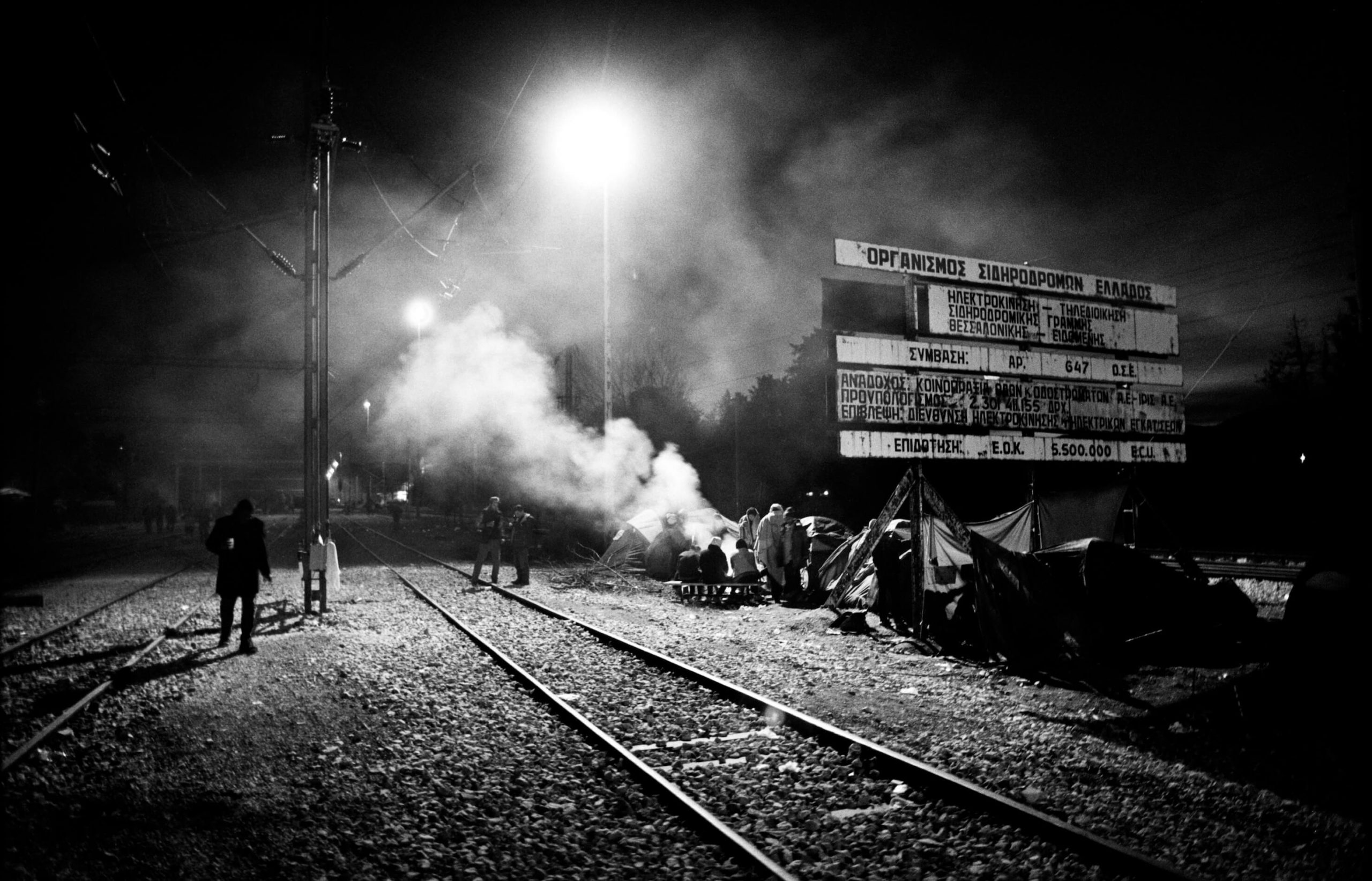 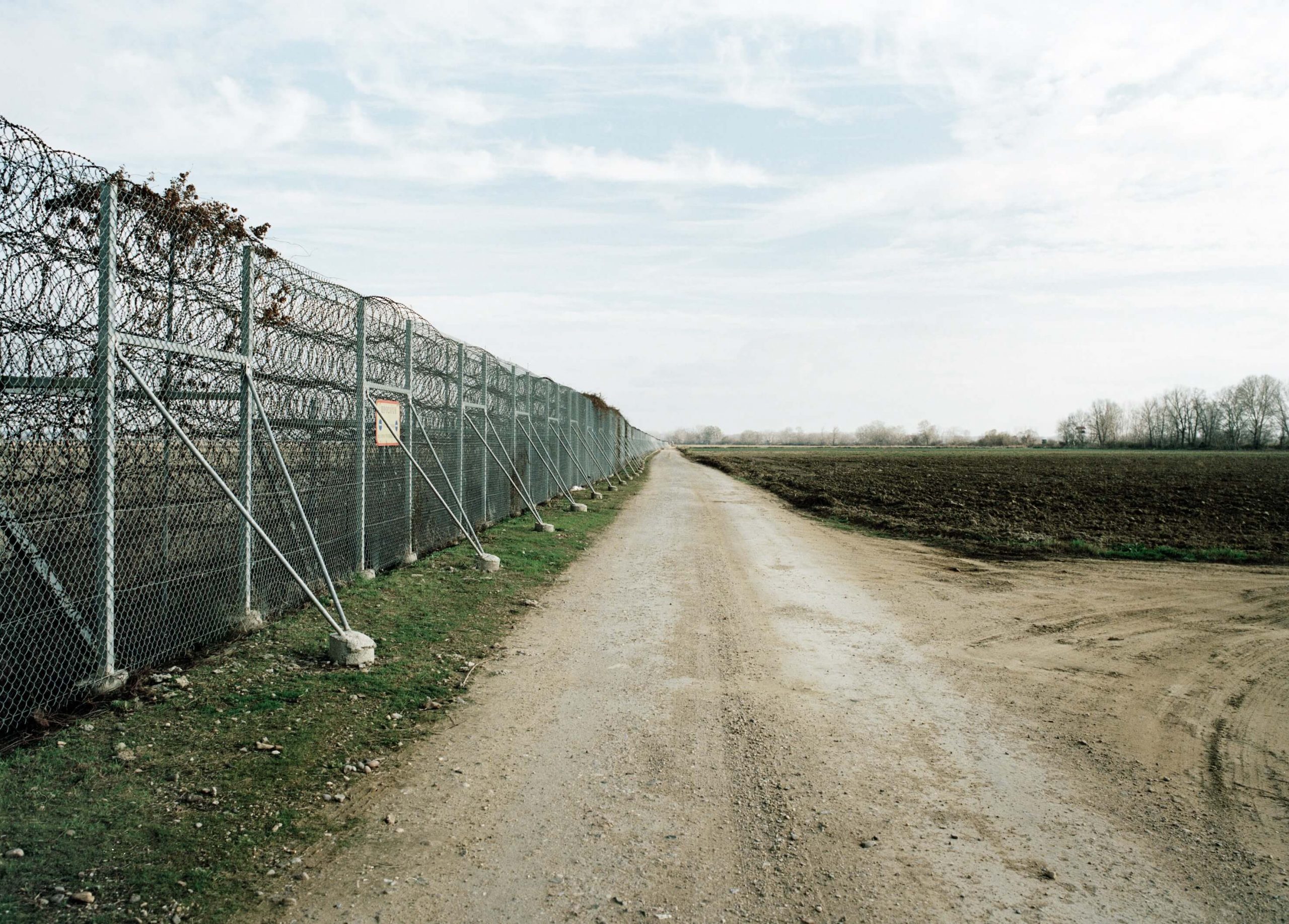 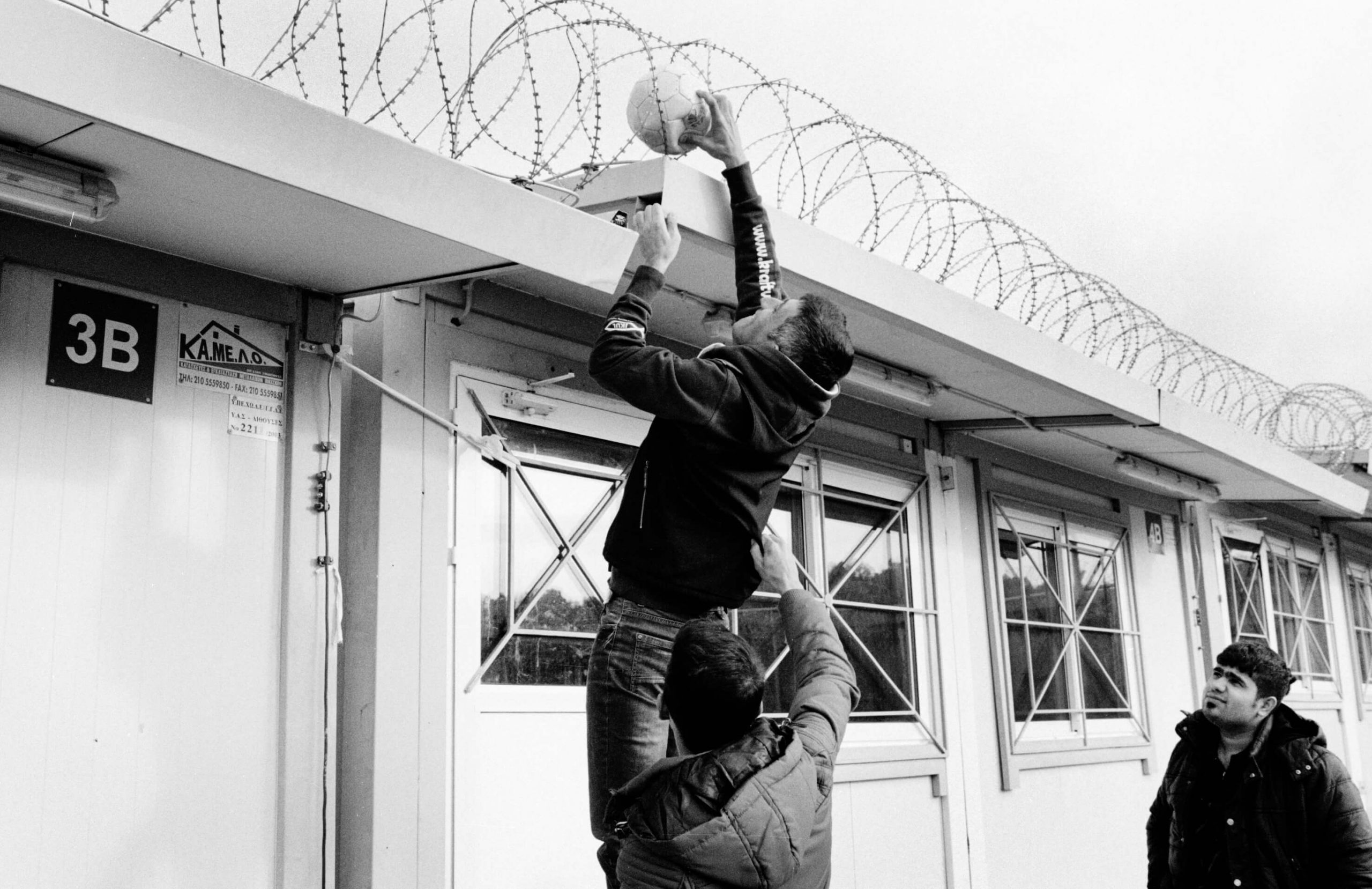 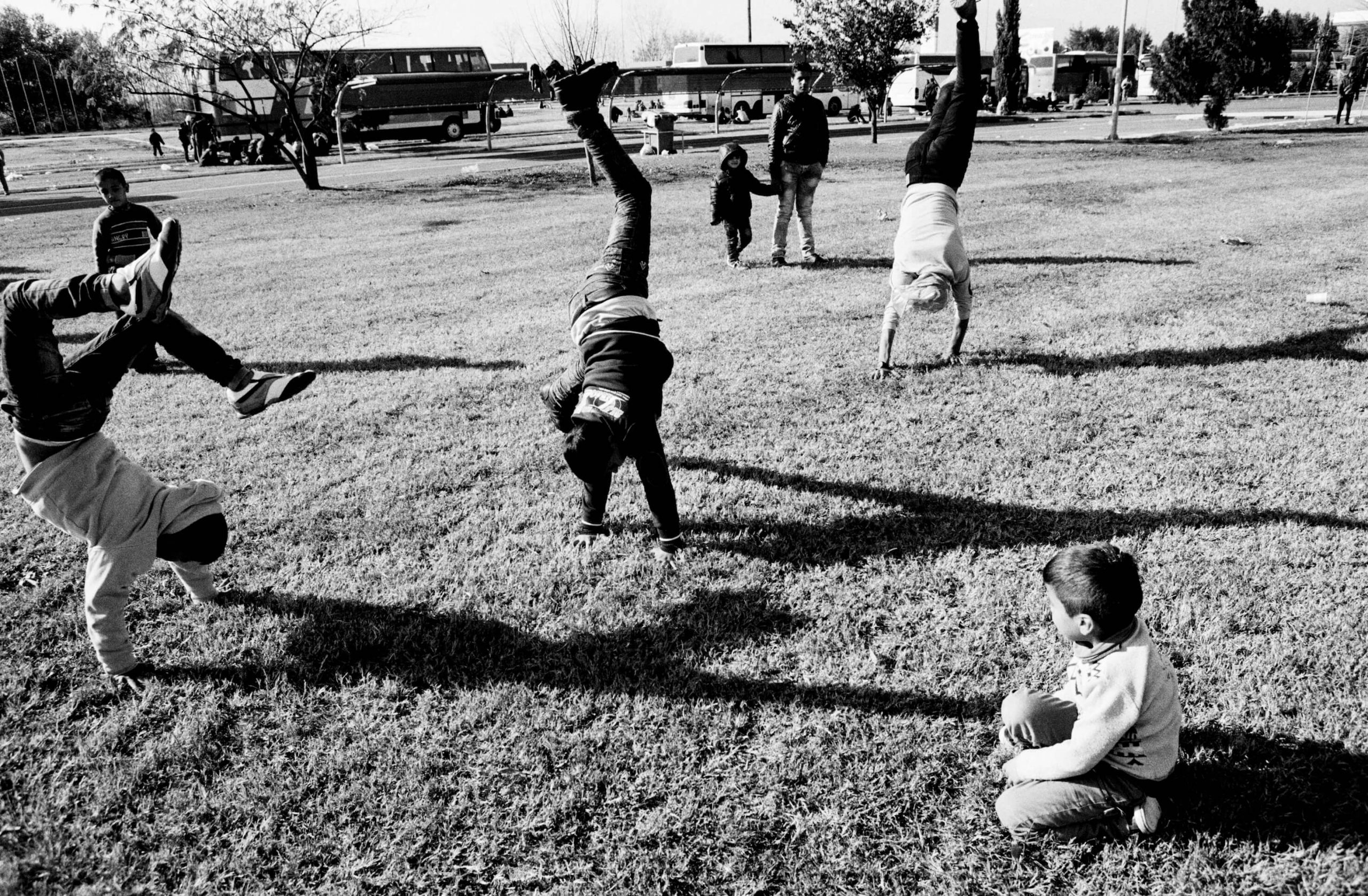 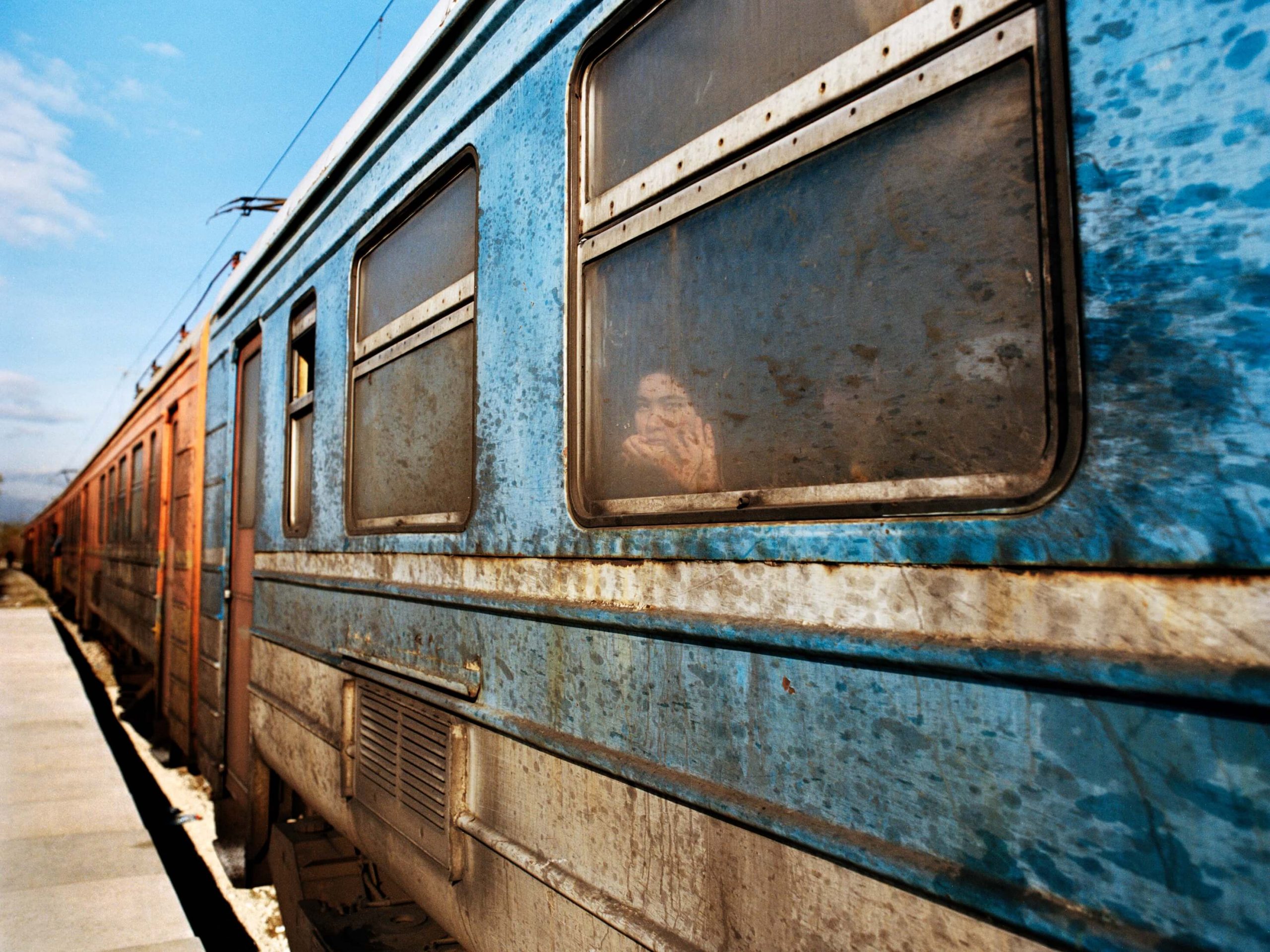 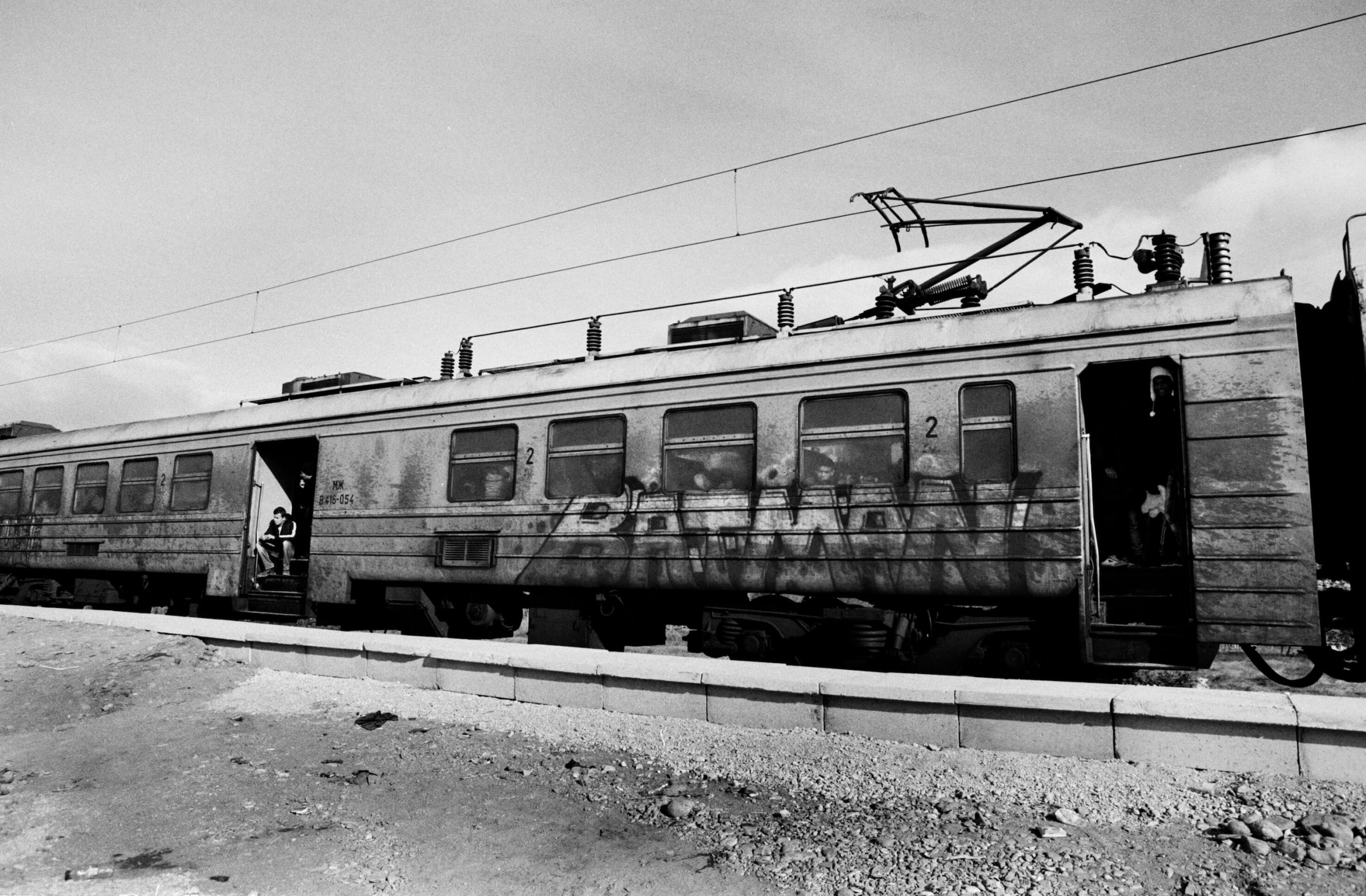 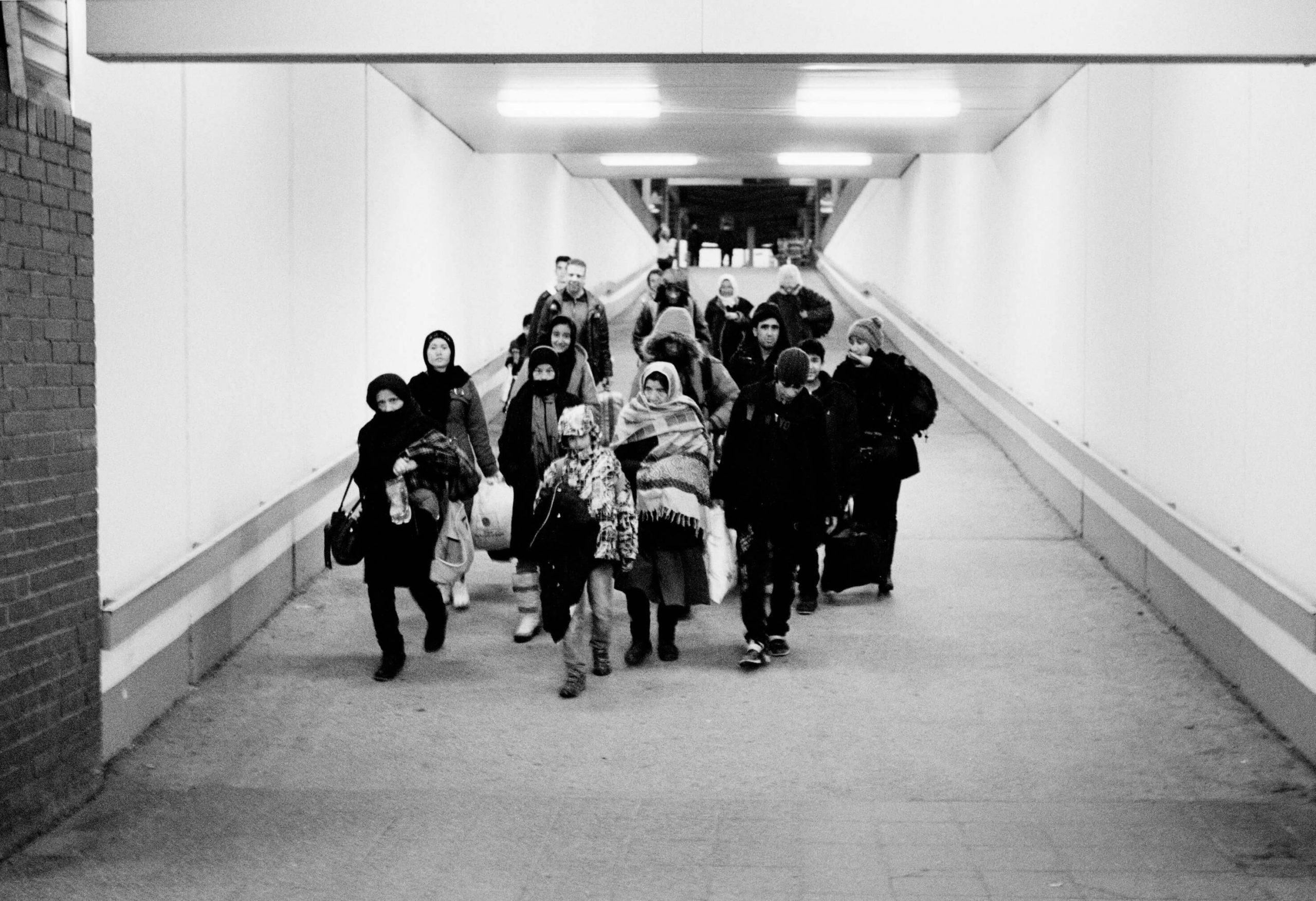 The distance from Damascus to Berlin via Lesvos is 4,500km, from Kabul 7,700km. After a journey that has taken months, dealing with smugglers, the crossing of the Aegean by boat, borders, nights without shelter, days without food, some refugees arrive at Schonefeld Station in Berlin. The last part of their journey was dubbed ‘the train of hope’ – Berlin, Germany. 27th December 2015. 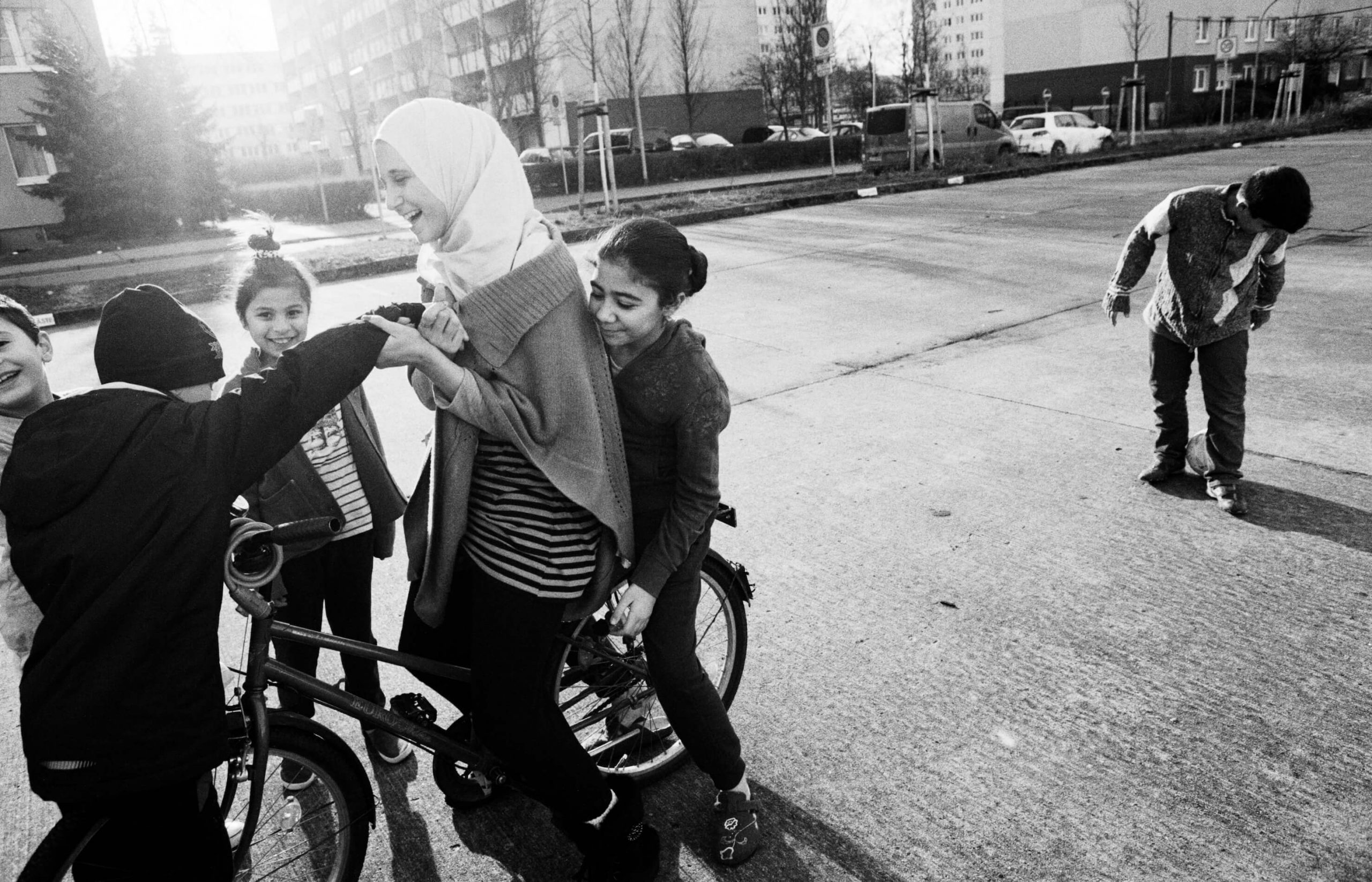 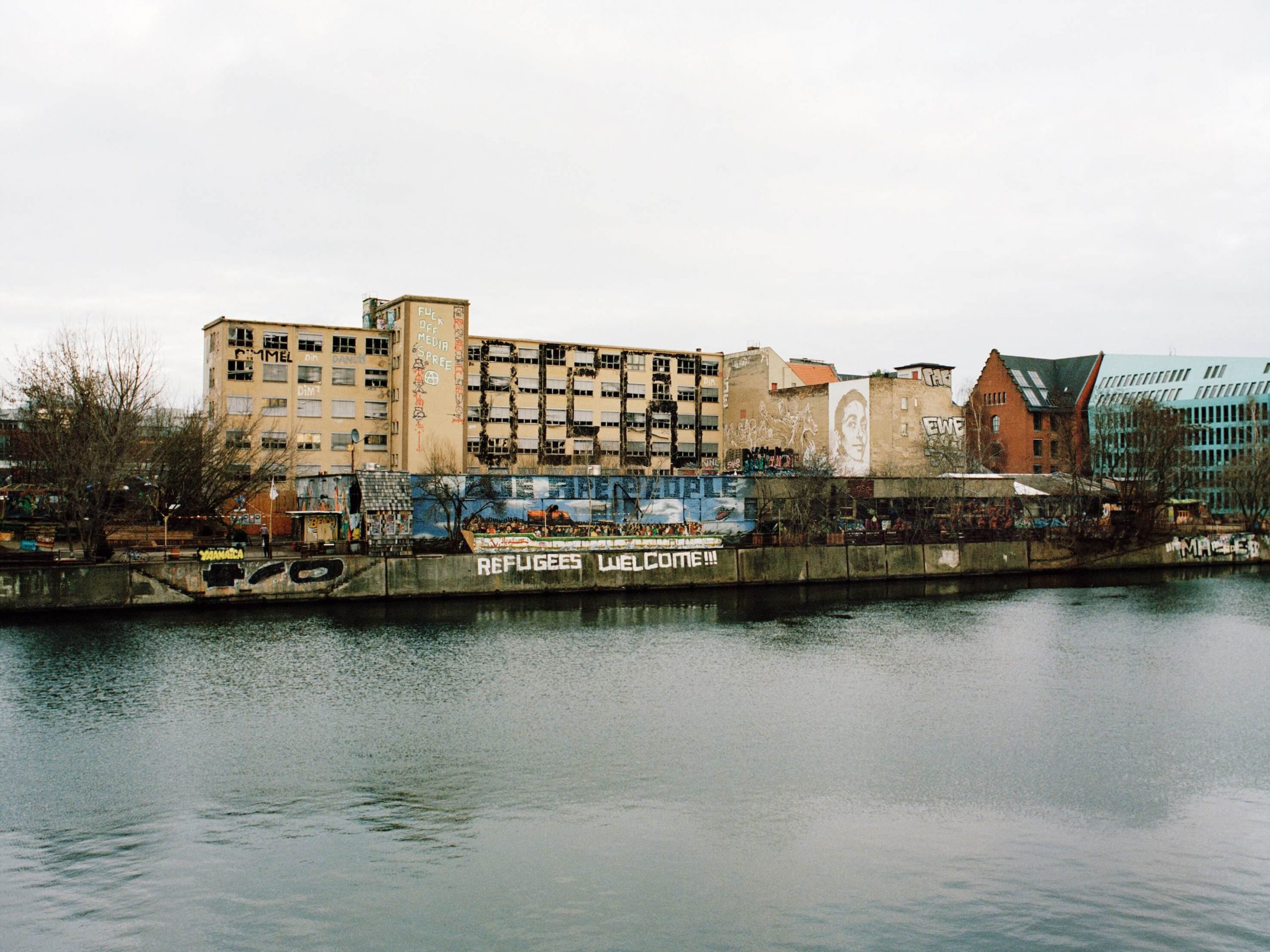 “Refugees Welcome” graffiti at the YAAM club. Whilst there has been much hostility, often violent, to refugees across Europe, one of the lasting impressions I have is of the volunteers making them feel welcome. From saving lives on the beaches of Lesvos, to cooking ‘Welcome’ dinners in Berlin, everyday people have stepped up. – Berlin, Germany. 26th December 2015. 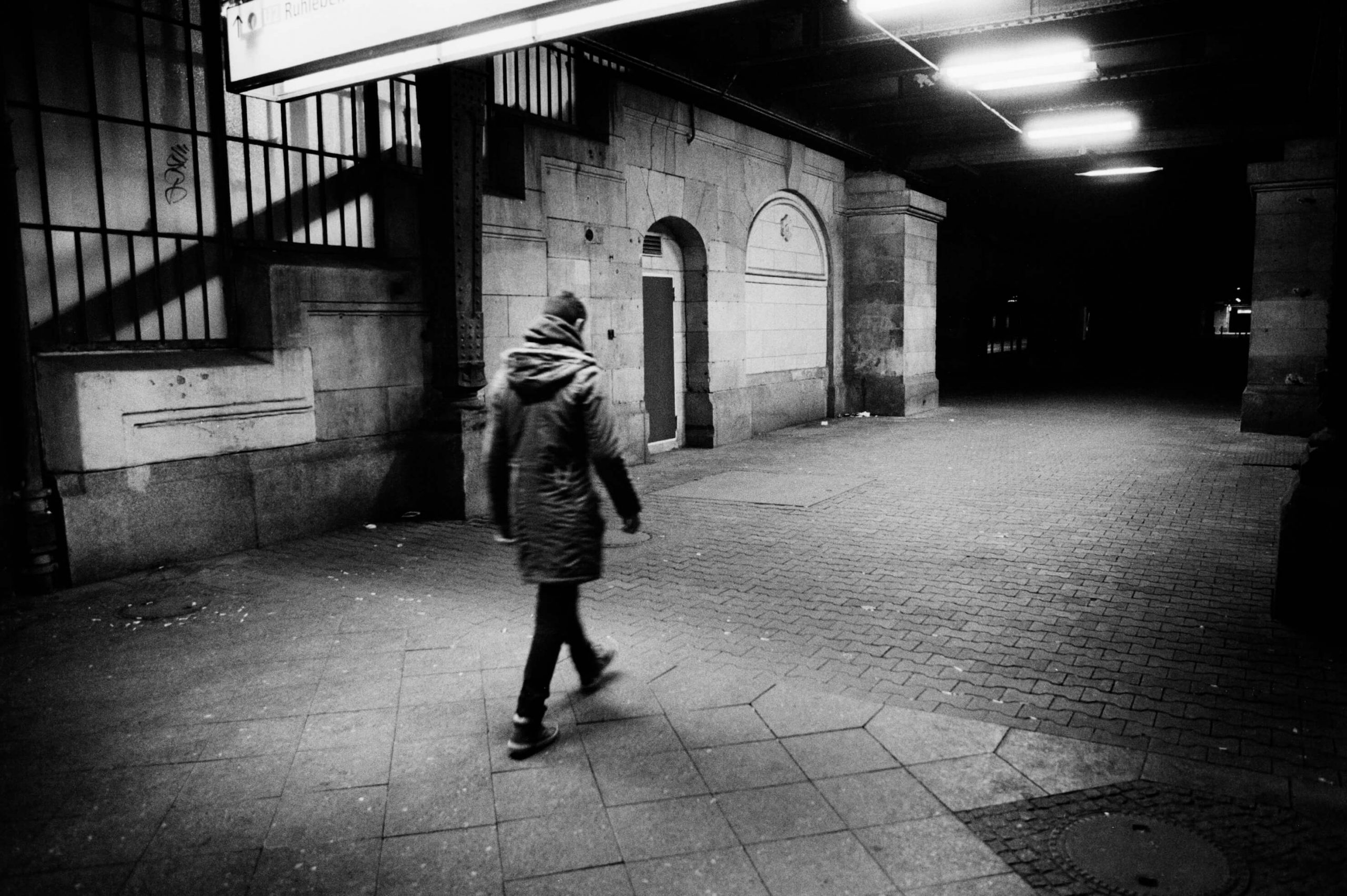 Hassan, who is just 14, is one of thousands of minors who make the perilous journey through Europe unaccompanied. Normally the family can’t afford for everybody to travel, or other family members are too weak or vulnerable. Hassan’s family were desperate for him to get an education and hoped that at least he would have a future. – Berlin, Germany. 26th December 2015. 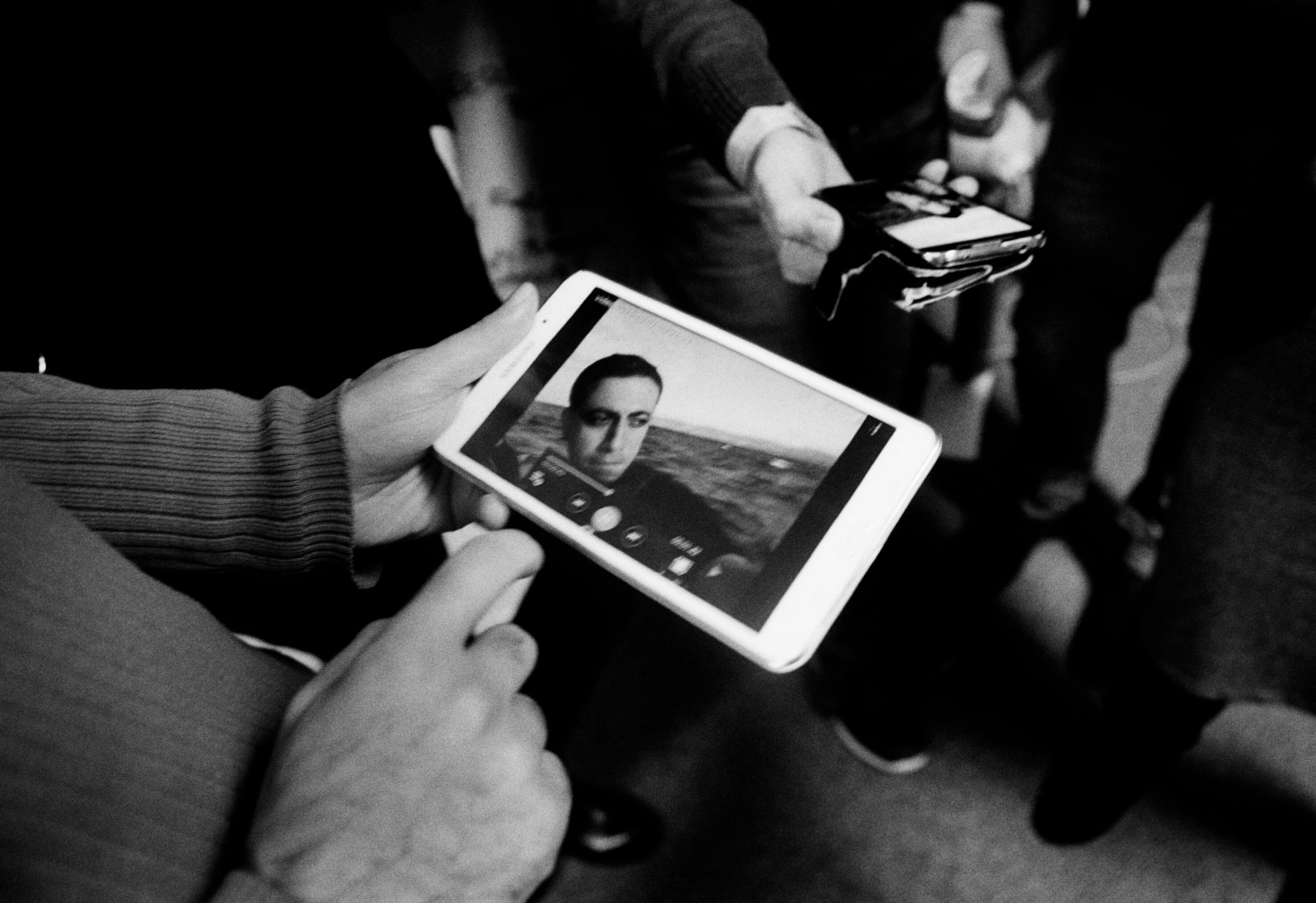 On Christmas Day, at a meal organised by volunteers in Berlin, Bahjat a Syrian refugee, shows footage he filmed when crossing by boat to Lesvos. As he filmed his journey across the Aegean, I had been on the shore photographing the boats arriving. – Berlin, Germany. 25th December 2015. 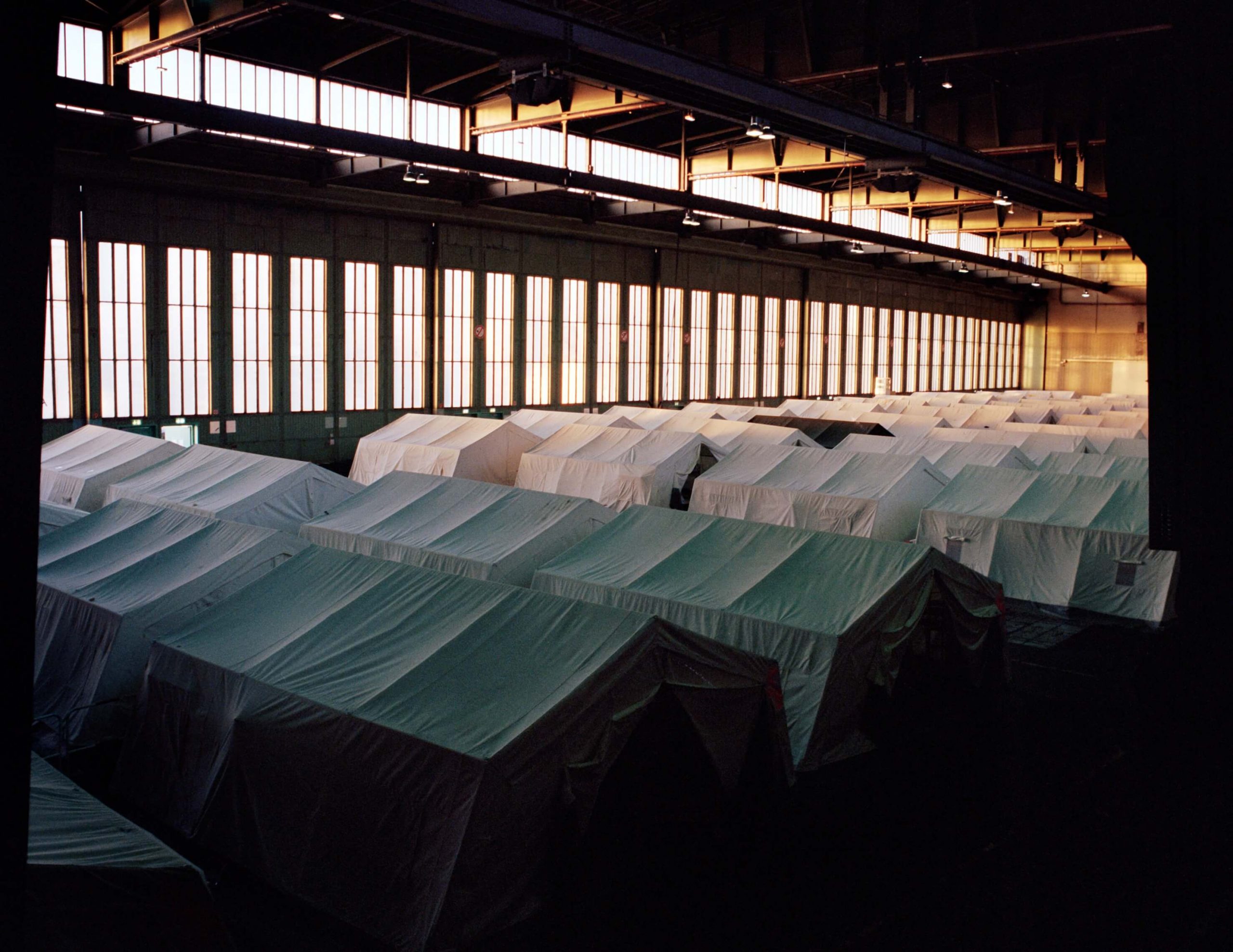 Struggling to find accommodation for the one million refugees and asylum seekers that have entered Germany in the past 12 months, the authorities have been using abandoned and vacant buildings across the country. Including the Tempelhof, the former airport and symbol of Hitler’s “world capital” Germania – Berlin, Germany. 23rd December 2015.